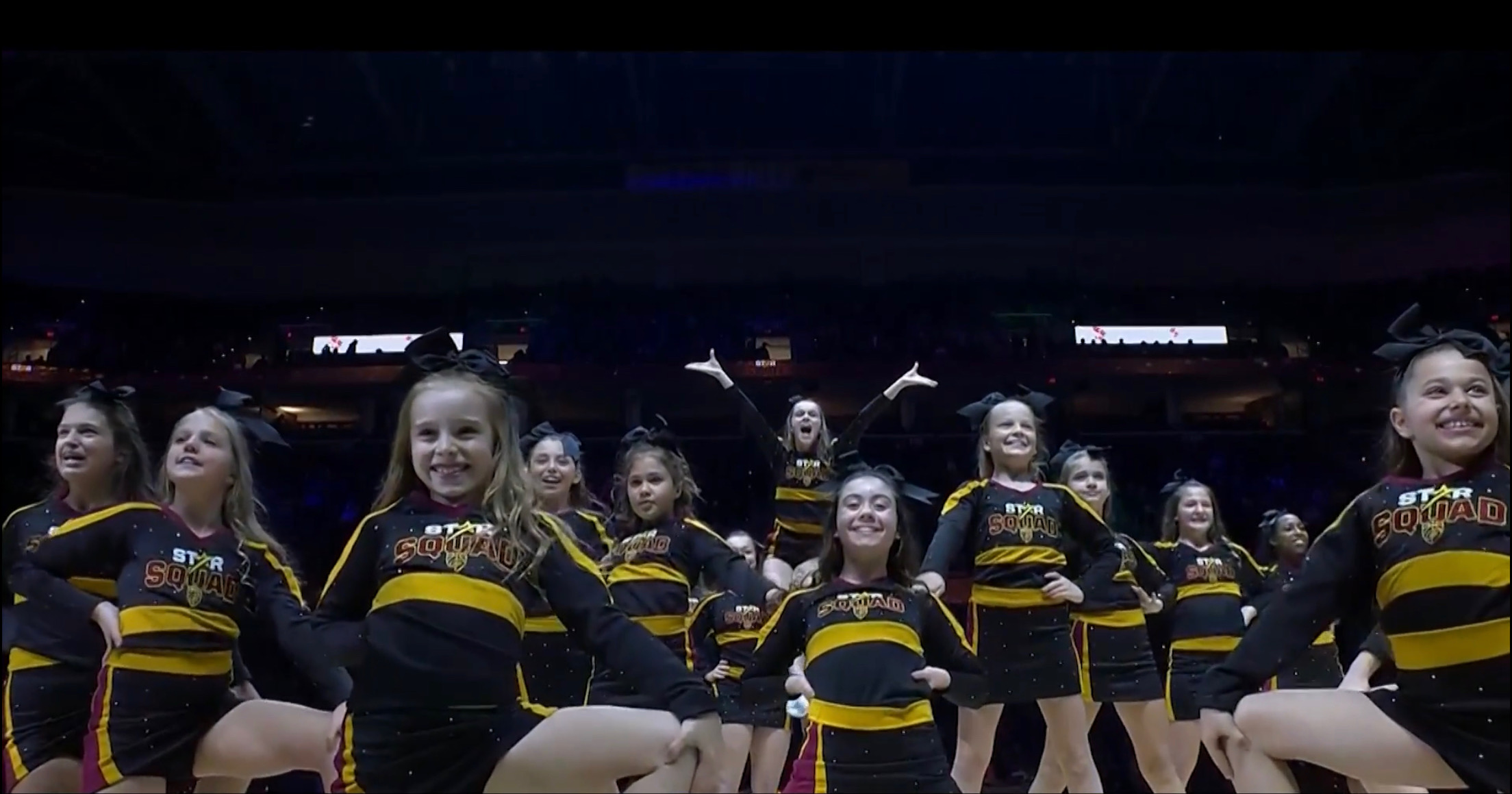 When asked why he is most excited for the new team, Ganim said, “What an awesome opportunity for these athletes.  We are getting to represent the program of World Elite Cheer, the Cleveland Cavaliers & all while getting to show the amazing talents of kids in competitive cheer to our greater community.  With athletes coming from the Cleveland, Akron & Canton areas, it will be a memorable season for some young athletes and Cavs fans!”

To the fans surprise, the Star Squad will not be your traditional “cheer squad”.  What you will see is a display of athleticism, and young female athletes who commit to training year round.  “There is something special that happens when a child is passionate about something, and even more special when they develop a work ethic based around it” says Delesk.

The Star Squad will perform around 6 times this season at various Cavs games and we are very excited to be performing their Christmas halftime performance at the December 23rd Cleveland Cavaliers home game.  For information on opportunities to train to be on the Star Squad, be sure to check out the programming opportunities at WorldEliteKids.com or contact aj@worldelitewe.com.

The day of love is days away and you need craft ideas for your child’s school party OR just...
Read More

A look ahead to the 2020 Summer Olympics.

Hold up...does 2020 look weird to anyone else? You may think it's a little early to be thinking...
Read More

The Chili Open is an annual fundraiser that benefits the most vulnerable kids in our area with an...
Read More